Summary (from back of book):
What if Wendy went to Never Land with Captain Hook?

Sixteen year old Wendy Darling wishes for a more exciting life. So when an opportunity to travel to Never Land on a pirate ship presents itself, Wendy makes a deal with the devil. But Never Land isn’t quite the place she imagined it would be, and a little pixie named Tinker Bell seems less than friendly.

Then Captain Hook reveals some evil plans for Never Land, and it’s suddenly up to Wendy and Tinker Bell to save Peter Pan and his world.

Am I absolutely obsessed with Peter Pan?

I mean, literally the entire aesthetic of this blog should be answer enough for that. It’s my favourite story of all time. When I heard that Straight on Till Morning was being released, I was ecstatic –  I LOVED Elizabeth Lim’s Reflection from the same series, and figured they’d be similarly good.

There are things this one does well – Braswell has clearly read the original book (as opposed to just watching the film), because the narrative voice of this one does mimic that pretty well at times. She’s definitely done her research – Wendy references The Great God Pan at one point which, in a weird turn of events, I read the other day for my course. It’s a Victorian Gothic tale which would’ve been published a few years prior to this tale taking place, and I think my jaw dropped when I saw the name.

(Besides this, there are plenty of other references to things sprinkled in. Don’t think I didn’t see that Lord of the Rings reference, Ms Braswell.)

My biggest issue with the book is that it doesn’t know what age group it’s directed at. There are moments that are dark – a man tries to assault Wendy, then gets shot through the head by Hook. The book describes the blood and brains on the floor, which is WAY darker than I’d anticipate for Middle Grade. For the content alone, I’d mark this as teen fiction or even YA (plus the fact that Wendy is 16, not 10 like in the film etc).

With this in mind, I’m wondering why the book feels the need to spell everything out for the reader. There are multiple paragraphs about Wendy realising that sexism is a thing that she can fight against, and how not everyone is in a position as lucky as hers etc, which is great! I’m fully behind the message! But a teen audience could figure it out for themselves – authors need to learn that they can trust their young-ish readers to pick up on subtext.

Alas, these paragraphs keep popping up throughout the book and they could so easily be cut. The plot would be more streamlined, the pacing would improve – honestly, it took me a while to read this book because I just kinda…kept losing the will to live. Having a moral on every other page is all well and good, but if it takes away from the plot then I’m not sure it’s worth it.

All this being said, I enjoyed the way this book focused on Wendy and Tinker Bell’s friendship, as opposed to their relationships with Peter. Considering I’m not normally such a huge fan of Wendy, this book did a good job of portraying her, to the point she was likeable. Her character arc was fitting, she grew both mentally and physically throughout, and I really loved the epilogue – that was a nice touch.

Completely unrelated point now, but I also judge Peter Pan retellings largely on their portrayal of the Lost Boys. Whilst I liked what this one did, with the whole Slightly vs Peter drama, and secret Lost Girl thing, there was one thing that stuck out for me – where the hell was Nibs. I’ve no idea why he’s my favourite, but he is. And I find it a tragedy that he’s been omitted from this retelling in favour of Skipper. Not that I don’t support Skipper, because I do – I just don’t see why you’d need to cut one of them out?

Captain Hook was as formidable as always, and if I say anything else about him I’ll spoil one of the genuinely funny plot-twists of the book (in my opinion, anyhow). So be content with me saying that he continues to be an interesting (read: twisted) villain.

The characters were well-developed, and I liked the general message of the book. I also liked that the author went “to hell with Wendy having kids” and gave us the epilogue we all deserved.

I’m now having an existential crisis realising that I actually do like Wendy. Huh.

If you’re a fan of the original, I’d still recommend this – just don’t go into expecting a wonderfully plotted, captivating novel. For that I’d recommend The Wendy by Erin Michelle Sky and Steven Brown, which now has a sequel!! Hallelujah!!

20. Meme Historian and Bad Pun Connoisseur, with more aliases than I can keep track of. I'm also a third-year English Lit with Creative Writing student! View all posts by Lost

3 thoughts on “Straight on Till Morning – Book Review”

20. Meme Historian and Bad Pun Connoisseur, with more aliases than I can keep track of. I'm also a third-year English Lit with Creative Writing student! 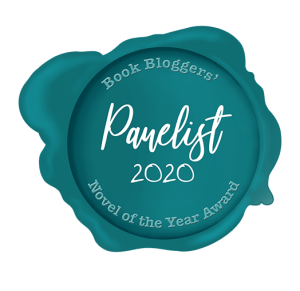